The Autocratic East Europan Imperial Alliance is one of two major world powers in Vi'iikiye Earth. A conglomerate of nations united under the rule of the East Europan Emperor, commonly referred to as "The Empire." The Industrial Revolution that occurred when ragnite was discovered as a useful energy source saw the nations of eastern Europa, pioneers in machine technology, rise to power. Already tightly bound by a network of marriages amongst their royalty, these nations now joined hands in a formal international alliance. While not technically an autocracy, the emperor enjoys limitless authority within the alliance. The Empire retains customs and practices held over from medieval times, and its people are known to harbour conservative views including a strong hatred for the Darcsen race, who are often put into forced labour camps to provide labour and materials for the Empire. The culture of the Imperial Alliance still has strong roots in medieval times. This influence can be seen in the armour that the soldiers wear, and in in the vows of fealty that each soldier makes to the king. As of now, the AEEIA is part of the Axis of Empires and later the Imperialist Alliance.

The EEAI places a heavy emphasis on armor and large caliber weapons, with many of its tanks greatly out-massing their Federation and Gallian counterparts. The latest weapons developed by the Empire include a variety of superheavy tanks (Batomys-class) and even a terrestrial dreadnaught, Marmota. 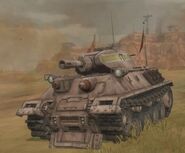 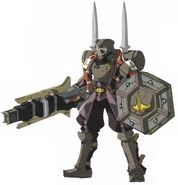