The Galactic Republic was a representative democracy, composed of various star systems, sectors and member worlds throughout most of the known Skyriver galaxy; from the Core Worlds to the Outer Rim Territories, uniting various sapient species under one banner.. Its central government consisted of three branches: legislative, executive and judicial. The first was the Galactic Senate, a body of elected or appointed representatives. Its main duties included mediating disputes over issues ranging from planetary to galactic-scale, regulating trade routes between star systems, and in theory, represented the interests of Republic citizens. The Office of the Supreme Chancellor was the Senate's executive counterpart. The Supreme Chancellor was elected from the ranks of the Senate by its members. As the leader of the Senate and the overall representative of the Republic, the Chancellor also held the titles Head of State and President. The judicial branch consisted of the Supreme Court and the lower Regional Courts. The Supreme Court was composed of twelve justices, one of whom held the leadership position of Chief Justice.

As its power grew, the Republic fought many wars against various opponents such as Mandalorians,, several Sith Empires, the Empire of the Combine Race and even the Galactic Empire. The Jedi Order, a religious group of Force-sensitives dedicated to the light side of the Force, was sworn to the service of the Senate, and as such the Jedi Knights were hailed as the guardians of peace and justice within the Filo Republic.

The Republic was apart of the First Multieverse War in 1414 NE and a major faction for the Allies during that war and the wars to come. During the war, it fought the Empire of the Combine Race, the Galactic Empire and the Confederacy of Independent Systems.

The Galactic Civil War (A.K.A the Second Jedi Civil War)

During the Infection War

Unification with the Multiverse Federation

During the Clone Wars

During the First Multiverse War

After Chancellor Palpatine’s plot behind the Clone Wars was exposed as the Sith Lord and defeat Anakin Skywalker, the Galactic Republic Was forced to undergo a complete change to root out the corrupt politicians and corporations exploited the planets and those in league with the Sith and Count Dooku, Bail Organa was elected as the new Supreme Chancellor to make the Republic more democratic and open to support the member worlds beyond the Core Region in use his new status to side the Alliance of Nations against the Axis of Empires by opening a council for many to share their voices and offering seats for representatives in the Senate to build positive relationships.

Serving the many centuries due to emergency powers during the War to fix the damage caused in his predecessors’ with the help of his close allies: Mon Mothma and Padme Amidala. While it had been occupied with the Clone Wars, many who now favored to bring their galaxy united once more seek to end it peacefully still those who favor to end the conflict with the Separatists but due to outside factors, this was not to be. The reaction to confront their parallel version that is a human supremacist state, the Republic had to go through drastic changes to avoid the same fate by include many alien races to serve the Republic Military to represent a more unified relations alongside major reforms that aimed to address the problems plaguing the Republic.

After the First Multiverse War and Civil War

During the Second Multiverse War

After the Second Multiverse War

During the Infection War

The Republic's earliest days were not peaceful ones, since, as the Republic expanded across the galaxy, it encountered many warlike species. The Republic realized the need for an army and navy to keep the peace. The Republic's military forces would serve throughout many conflicts, including the Great Hyperspace War, the various conflicts of the Old Sith Wars, and the New Sith Wars as well as the absolutely ravenous Great Galactic War.

After the Ruusan campaign, the Republic decommissioned much of its military, retaining a small force only for security purposes. This force would later become known as the Judicial Department. This was to display the Republic's peaceful ideals, as the Republic used Jedi Knights as "keepers of the peace."

The Galactic Republic was well known for their Clone Army during the Clone Wars, which fought for the Republic during it's many wars afther the First Multiverse War up until the point it joined the Multiversal Federation. While also have allowed natural born soldiers of all racers to sign up to fight alongside Clone Veterans to better combat. By the later years during the Imperial-Republic conflicts, the Republic navy and its troopers had aliens among their ranks.

The Allies of this old civilisation came in many sizes but the two most imported allies where the United States of America (Pol Earth) (which later was replace by the United Systems of Earth) and the New Galactic Republic (which was formerly the Rebel Alliance and later replaced by its successor, Galactic Alliance)

The Allies of this old civilisation came in many sizes but the two most imported allies where the United States of America (Pol Earth) (which later was replace by the United Systems of Earth) and the New Galactic Republic (which was formerly the Rebel Alliance and later replaced by its successor, Galactic Alliance). 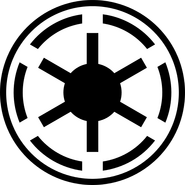