Khador’s (or Immoren Russia by Gil Russia and Nazi Russia by the Allies due to in part to the Government's now Nazi-based ideologies) massive military is built from its citizens. Every capable Khadoran is added to the list of possible conscripts—if he does not enlist on his own, of course—sometime during the month after his 17th birthday. Most young men enlist as a matter of pride, and a good number of women follow suit as well. The enli sted majority become Winter Guard, the backbone of the Khadoran military. Some survive and graduate to higher roles such as the prestigious T-90 battle tank and Zerkov-class Battle tanks in western Immoren.

The massive armies of Khador personify their ideals: strength and resilience over all else. They are trained to smash an enemy’s defenses with decisive strikes but are more than ready to dig in their heels and outlast any force in a war of attrition if necessary. They are glorious to behold in their solidarity as they march, often hundreds deep, with Khadoran pennants whipping above their heads and flanked by titanic warjacks that shake the ground with each step. Many conflicts have been quelled without a single casualty when such a force marches into the area, for their reputation marches with them. As of now, Khador is a member of the Axis of Empires. When the Axis Civil War broke out and the Axis dissolved, they now joined to the Alliance of Nations, and later a major member of the Pact of Revolutionary Civilizations and the Nationalist Alliance. 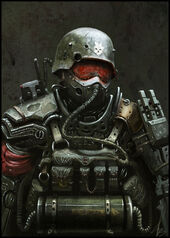 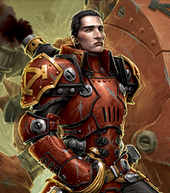 FOR KHADOR!
Add a photo to this gallery
Retrieved from "https://greatmultiverse.fandom.com/wiki/Kingdom_of_Khador?oldid=33181"
Community content is available under CC-BY-SA unless otherwise noted.