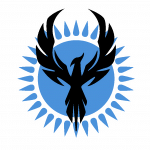 We're excited to have Great Multiverse Wiki as part of the Wikia community! There's still a lot to do, so here are some helpful tips and links to get your wiki going:

All of the above links are a great place to start exploring Wikia. If you get stuck or have a question you can't find the answer to -- please contact us here. But most importantly, have fun! :)

can you activate exhibition feature for the catagories? -skyrish19

And also give the Second Human Empire name for the races i created including Thyron.

Some catagories the most viewed pages are reset to it was back then rather than my articles are created?Skyrish19 (talk) 00:24, September 14, 2014 (UTC)

What is the Gil Universe Soviet Union, is this from the Red Alert universe?

Doctor Moffitt, can you make those flags for Cygnar, Khador, Menoth and Scyrah; and other factions i createdSkyrish19 (talk) 11:15, September 21, 2014 (UTC)

"I can, but what do you have in mind (some of them have their own flags by the way)" -Fare Doctor.

The factions from Warmachine i created, Cygnar, Khador, Menoth and Scyrah

In a case if you don't about the Warmachine universe

Doctor, i have new universe to put here to the multiverse, It's called the Infinity universe (another tabletop game made by spanish people), read/watch about the lore here, http://www.infinitythegame.com/infinity/en/2011/access/eng-infinity-the-game-fluff-19-intro/

Doctor, i have to tell you, the picture for the Necrotizing Fasciitis, the picture is looks like a German man getting a some sort of treatment, did you get this from some german medical site or from a image search as a reference to this article?

doctor, why did not visit the wiki again, did something wrong with you?

also help me out to edit the pages i created for the fit of the timeline and help me out with the Anakin page, because they have two versions from two universes

Doctor, Also i added the pictures for the Warmachine factions that looks like was in the future/multiverse wars, Cygnar, Khador, Menoth and Scyrah. look at it and give me the S.H.E (Second Human Empire) names for the races/species i created. Skyrish19 (talk) 00:49, September 30, 2014 (UTC)

So here, here are the list of species need to have a second human empire name, some of them already had it

Doctor, can you edit the people i created to better fit the storyline.

and make the flags for the factions i created, some factions already had it

Its a faction from Wolfenstein 2009, they are russian occultists and they studying the Black Sun powers

I will. I was actually wondering if I could make one. The Dark Lord (Talk)

about the Pic on the "Flesh-eating Batactia" page, to be truthful, I forgot where I got it -Doctor

The man on the picture is looks like a German.

Doctor, wake up and look at the new articles i created

Also, i have created the East Germany faction, you know the EG is not part of Nazism, but is part of Communism, and a independent faction

Doctor, what is the difference with Pol and Dol universes?

Fix the most viewed articles in all catagories, it resets after each week.

There is any pictures for Ivan and Roman Shepards?

By the way, look at the people catagories, there are 340 of them at least.

"Ivan, Natasha and Roman Shepard (and including Victor, Diana and Zachary Shepard) are my own save files on Mass Effect, and I need to ask someone to make a picture of those individuals, so it may take me some time unfortantely" - Doctor

I will get some pictures as stand-ins for your Shepards.

"Do you have any Axis members that could have joined the Alliance of Nations after the Axis Dissolved or underwent the it's Civil War?" -Doctor

Umm, well Yuktobania, Khador and the Nomads joined the Allies, while the Erudites, Federation of the Americas and the Gallente went to a civil war. Skyrish19 (talk) 01:33, October 13, 2014 (UTC)

"How did the Erudites, Federation of the Americas and the Gallente civil wars play out?"

Erudites (give them a second human empire name anyway): They called themselves Neo-Heretics by Kovnik Malakov and they ordered to exterminate them and the erudites exiled and joined the Coalition after that

Gallente: Attacked by the CIS forces by Count Dooku's order and the Gallente fight out in the Separatist battle in their homeworld.

about the Pic on the "Flesh-eating Batactia" page, to be truthful, I forgot where I got it -Doctor

But the man on the picture looks like German. Check your browsing history by where you start created the "Flesh-eating Bacteria" page.

Doctor, what's wrong??? did not come to the wiki yesterday?

Doctor, here is some info for Sylvanas, mainly their army joined the Coalition

"After the Forsaken joined the Coalition of Independent States, Sylvanas came to the shocking realization that she, like other heroes before her, was damned to an eternity of darkness and torture in the afterlife. After entering into a pact with the val'kyr, Sylvanas was able to regain her place in the realm of the living for as long as her val'kyr survive. Knowing the dark fate that will inevitably befall her, Sylvanas has embraced her people as a bulwark against the horrifying darkness that awaits her in the end.[5] Following this, Sylvanas has launched an aggressive attack into the multiverse not directly under her control, in an attempt to conquer a planet and secure it for the Coalition."

Wake up, doctor, i created new articles, including new races.

Hey doctor, i found a new universe that can put to your lore, it is the Malifaux universe, Malifaux take place in an alternate Earth, it uses gothic, steampunk, and victorian horror with a dose of the wild west to inject fun and depth into the magical lawlessness of a world rife with monsters, necropunks, man-machine hybrids, gunslingers, and powerhungry politicos

Here is the lore:

"and oh, do you think we should add universes that involved other histories? (since Pol is pretty much the era in which world war II occured)" -Doctor

Well the Dol universe was the Cold War, in Strangereal there are 5 major wars (Usean Continental War, Belkan War, Circum-Pacific War, Anean Continental War and the Aurelian-Leasathian War), Fol was in World War I, and Warcraft is in the Third War

Hey Fare Doctor, did you know there is a designation for the Borg, it has their own species designation, for example the Vulcan's designation was Species 3259, the other speices should have their own Borg Designation as the Borg encounters new races.

Doctor, take a look on Task Force 141, the page i created.

"and oh, can if you happen to have any ideas in regards to the Pact and Imperialist members, please add them (this includes Influenctial leaders for both groups) thank"

Pact Members: The Red Line, The Soviet Order of Saturn, Coalition of Bolok

There is any pictures for Alexi Scott and Lincoln Garcia? also where did you get the Ivan and Roman Shepard picture?

"quick question, what are the Jaffa? this relates to the conflict (Jaffa-Fel War) you listed in the Second Multiverse War section of the List of Battle"

The Jaffa are the species from Stargate

Any pictures for Dr Mai Jiao Ning? Why, did you not came here, yesterday, on hiatus?

One question, what is the difference from Xilo, Zilo, Niau, Kilo and Yiau universe to Filo and Viau

Doctor, i added catagory about articles that requires pictures

btw, the new year will coming up soon

Hey doctor, check this out

Any pictures for the Old Gray?, also i made a catagory for articles that don't have images

Doctor, i created a catagory where articles that are need of images:

I added sub-universes for the Star Trek ones:

Doctor, there is exams?

Why did you not work for 1 week?

Any pictures for The Doctor, The Child and The Angered

Doctor, the Peacekeepers page you created is should not be confused with the one from Farscape, which is also called Peacekeepers.

Doctor, you forget one thing once you adding new articles, put a picture (if any)

Doctor, everytime you create a new article, you should put a image

Why did you not on the wiki for eight days?

For three weeks, why did you not work, why not just leave me a message when you gone

Why did you not work on this wiki for three weeks

Any images for Sam (orc)? you should tell a deviantart artist for a request

Images for the mayson family are up, how about it

Hey, doctor, i uploaded some placeholder individual photos for your characters: http://greatmultiverse.wikia.com/wiki/Special:NewFiles

Hey, doctor, whats your opinion the trending fandom articles side on your wiki, mine i don't like it

Link for my wikia Edit

Okay. Here is the link.

Doctor, there is a troll here in the wiki at the comments section; proof:

Empire of the Combine Race

user talk bosianknight1764  actually thanks for recommedion  some of my universe

i am leaving wikia why i couldnt stand wikia am sorry

Doctor, I renamed the First Miss Multiverse article to Miss Alliance of Nations, because the name is already trademarked by someone else

My Bioshock Universe is different from all three of the ones already on the wiki. In mine, Comstock does not accelerate his age because he decides against constant use of the Lutece Device. He also abandons his plans to destroy the population below when he discovers the invention of the atom bomb after walking in on Fink communicating with Suchong through a tear. He believes the Earth will destroy itself and starts shifting his focus towards making Columbia more political. Lastly, he is able to father Elizabeth since he was not made sterile.

To this end, a man adventures to Columbia during World War One in search of his father who had become a devote follower to Comstock and left his family when the city cut ties with the US.

With that, I'm not really too sure. If anything, I would probably want this one to be added to the list with the other three universes consisting of Bioshock on this wiki. My reason being that it's different in terms of its Comstock since he is able to maintain his younger appearance as well as have Elizabeth as his legitimate child.

A quick note however, I'm probably going to have this be one of the timelines in which Columbia doesn't make it as the Vox Populi uprising is in full swing within this timeline main plot. So this could potentially see the Vox prevail instead of the Founders, an alternate to the Beta Universe. Would that do well with an eventual tie-in with everything else?

Hey Fare Doctor, somebody created a fanon franchise that is very similar to Great Multiverse known as  When the Cold Breeze Blows Away and the content is very similar to the one you made, is this inspiration or something?Skyrish19 (talk) 11:39, December 31, 2018 (UTC)

Fair enough about Cindy Kourvikova, she would be a civillian rather than a Synth spy.

Hello,  My name is Erin, and I was wanting to talk to you about Artists. I and my friend recently found your wiki and When the Cold Breeze Blows Away and we immediately became intrigued and amused by this. I want to be involved in this in some way, I want to learn more about this, so I am offering to be an Artist. Erimora (talk) 23:36, June 28, 2019 (UTC)Erin

Hey, should i become an admin now, because a lot of the contributions to your wiki are done by me for five years now.

Retrieved from "https://greatmultiverse.fandom.com/wiki/User_talk:The_Fare_Doctor?oldid=34623"
Community content is available under CC-BY-SA unless otherwise noted.