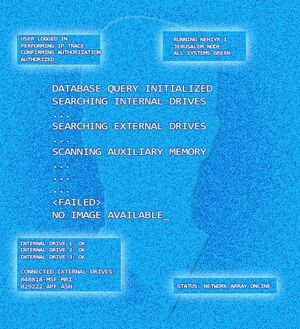 Brothers and Sisters of the Combine, we have become weak! Yes, we have unparaelled technology and arms, Yes, we have trillions of billions of hands, free and enslaved, ready to die for our empire and planets, but, those hands and planets have been hijacked by forces who seek to humiliate and destroy us! No more! Today, after the blood of traitors have been spilled on our lands, we shall expand our reach INTO THE MULTIVERSE!!! --Excerpt from Emperor Yiloala's speech after the execution of the perpretrators of the Year of Cruelty.

Emperor Yiloala Olpimakia Kutarukia, once refereed to as Prince Yiloala Olpimakia Kutarukia but is better known as the Pure Combine Emperor and also known as The Original Sociopath and The Cruel Lord , was the first and last emperor to rule the Empire of the Combine Race . He was also the last emperor of the ancient Kilominitic Empire , he was also the instigator of the First Multiverse War

The day he was born, he was heralded to be the savior of the Kilominitic Empire and the bringer of peace. However, he began to show traits of being a sociopath at a very young age. At the age of 6, he planned the "accidental" death of his father and mother so that he could seize control of the throne. His plan did not go completely as he intended as his mother survived the plot. At the age of 10, his mother "dated" a human by the name of Tar'uk Rom'ack and that is when he began to develop his hatred towards humans and any other non Kilominitic (of which was a lie to try and control people with). At the age of 13, his half sister was born (he start to use this to his own advantage, as many Kilominitics within the Imperial Government and Military hated the fact that their was a Half Human that they had to respect as she was a Princess by birth). At the age of 16, his family visited the imperial palace of the First Human Empire where tensions began to grow as he began to call humans "vermin that shouldn't share the same air as we pure Kilominitics do". Because of his derision the Emperor forced them out of his imperial palace and ultimately out of the imperial lands of the First Human Empire which virtually ended the near 58,000,000 years of peace between the two species. At the age of 19, his brother found his first human wife a woman by the name of Kilaa Kimelato. This fueled his hatred of humanity even more. At the age of 23, he killed his mother in her sleep. The next day, he became the emperor of the Kilominitic Empire. At his coronation, he asked for his sister to be brought to him. With the sword he was given by the generals, he killed his own sister then declared "Henceforth, all human, half human, and non-Kilominitic shall be hunted down and killed". To everyone's dismay and disbelief the Grand Imperial Army followed his orders. They sought out every human, half human, and non-Kilominitic from every nook and cranny throughtout the Kilominitic Empire. Within a week, he ordered all Kilominitic generals who had human or half human wives to be killed and their families to be burned at the stake. A month after his coronation, he took all power from the parliament giving him direct and complete control over all aspects of the government. He then began to build up the Kilominitic Army for future war plans he had against the entire Olkimanic Universe .

Life during the Olkimanic Univeral War Declaration of a New Empire[]

Life as the Emperor of the Empire of the Combine Race[]

Life during the First Multiverse War[]

Sentinel of the Grand Imperial Union of the Combine Race[]

Final Death in the Plans of Rebirth[]

The Crown Empress of the Empire is a Pure Combine named Dillika Epiccal Kutaruka , he mate her some point before the Wars which, once again showed little love he had for her.

His Sons and Daughters[]

he has in total of five children with his wife with each, he showed little love for them (he used them for variety of otherwise twisted experimentation involving psychology)

His Brother's Sons and Daughters[]

His brother had a total of four children, he treat them as if they were experiments for his own amusement

His personality is very keen to that of sociopaths with the most common being his rather disconnect with other people's emotions and his own conscious. The one thing that he does not share with other sociopaths is his remarkable calmness and patience, in that he wouldn't kill someone useful until they prove to be useless.

Cold, manipulative, sadistic, and brutal, as one man describes him as, viewing others as tools to be used in his plans, the man have proven just how brutal he can be in many ways, from leaving a 'close friend' to die once they have served their purpose, or kill allies once they have become a liability.

While he certainly has far more control over his impulses than most antisocial personality disordered individuals (be they Sociopaths or Psychopaths), there are times in which he lets his impulses get the better of him and he would go out of his way to satiate his boredom, often through horrific ways, like a slow, drawn-out and torturous death of a helpless victim. And its' this habit of impulsiveness that has lead to his plans being forced back simply because he let his sadism get the better of him, through his eons of experience oftentimes negate these destructive satiations of boredom.

He appears to have something akin to a nihilistic view of all sentient life, as he often regards morality, or the concepts of them, to be both absurd and idiotic. To him, all sentient life are but animals pretending that they are anything but a bunch of violent, vicious, and cruel highly intelligent animals. In fact, he regards the aforementioned concepts of morality as tools of delusions meant to enforce this "moronic" view of themselves. As a result, he often views himself as smart enough to realize the stupidity of morals, ethics, and codes of honor within wider sentient life. As such, he views himself as above them and "humbled" enough to acknowledge he is but an animal, a smart animal but an animal none-the-less.

Although he much prefers to do things through the use of technology and manipulation, he certainly has abilities and powers he can fall back on if the need arises. The first power he has is Telekinesis, specifically a more advanced form of telekinesis which he uses for a variety of ranges, enough that it seems that he can do practically anything to the world around him, which include levitating himself if need be. the second power he has is Electrokinesis, again, an advanced form of it but his lighting oddly tends to be black in color and appears to suck the very light around it into itself, creating a sort of black hole effect to his lightning, and if it hits a person, it would feel every part of their being is being burned yet not enough to actually kill them, until they vaporize entirely, not leaving anything behind, even atoms.

But the most commonly used, and to many, his most annoying, is his resurrective immortality, being able to resurrect himself regardless of what happened to his original body, or the state that it is in. Through this ability, he has managed to survive and revive himself from being thrown into a black hole, burned to nothing by a supernova, or be the center of his many superweapons' explosions. Has to how he gained this ability is unknown to all, but many have theorized that he gained this ability by being 'gifted' it by the Hunter, for whatever reason the Entity may had at the time.

Other Names Adopted by Yiloala[]

after his First Resurrection, he at first kept his birth name of Yiloala Kutarukia, but after his first plan failed, he planned on using a different name to hid from the Alliance all the while planning for his next course of action. After several years of travel, he eventually arrived on Vii'yuinij Earth where he took the name Sinjin Abrahams, a American Quaker who calls for universal peace and brotherhood, however, he used it was means to manipulate the Planet's various Nationstates to wage a brutal war for his own amusement, luckily he was stopped before he could do so.

King Thyestes Brutus of the House of Jingwei []

The Official Royal Flag of the Kutarukia, hanged only when the Emperor and his family travel to either a colonies or one of many allies/members of the Axis

The Royal Flag of the Emperor, hanged only when the Emperor traveled to a colony or an member/allie of the Axis